From his breakout role as Eduardo Saverin in “The Social Network” to finding himself as Peter Parker in “The Amazing Spider-Man”, Andrew Garfield is back in one of his most dramatic roles to date in “Breathe” co-starring Golden Globe winning actress (“The Crown”) Claire Foy. 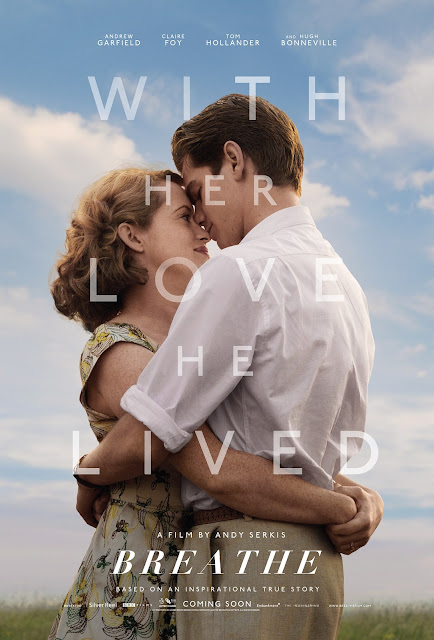 The film takes us back to the 1950’s at the height of the Polio outbreak and welcomes us into the life of Robin Cavendish, who after being given only three months to live after being paralyzed from the neck down by polio at age 28, becomes a pioneering advocate for the disabled.

Read full story »
Posted by foydi at 7:00 PM No comments:

“Life changing” is how Atom Araullo describes his experience filming his first documentary with GMA News and Public Affairs. 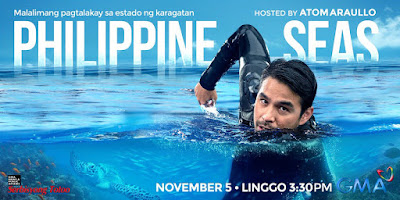 Atom returned to the Kapuso Network last September, and immediately began filming for his new documentary Philippine Seas, a special that hopes to uncover the wonders and threats surrounding the Philippines’ marine gems. To really get to know the Philippine seas, Atom went on a rigorous ten-day expedition across Luzon, Visayas, and Mindanao where he experienced many firsts in his career as a documentary-maker.

Read full story »
Posted by foydi at 1:41 AM No comments:

After fighting side-by-side across decades of comics, the iconic DC all-stars are going all in to save the world in their first-ever big-screen team-up, Warner Bros. Pictures’ epic action adventure Justice League, hitting Philippine cinemas November 16.

Fueled by his restored faith in humanity and inspired by Superman’s selfless act, Bruce Wayne enlists the help of his newfound ally, Diana Prince, to face an even greater enemy. Together, Batman and Wonder Woman work quickly to find and recruit a team of metahumans to stand against this newly awakened threat. But despite the formation of this unprecedented league of heroes—Batman, Wonder Woman, Aquaman, The Flash and Cyborg—it may already be too late to save the planet from an assault of catastrophic proportions.

Read full story »
Posted by foydi at 1:21 AM No comments: