Right after the presscon of Team Cortal SQR - Azkals in Davao City, we took a time off and headed to Crocodile Park.  While having that afternoon siesta, Azkals' Yannick Tuason, who is also from Davao, introduced us to his brothers and friends including Chef Dino Dizon (also known as the Crocodile Chef from Davao) who owns a different kind of ice cream brand dubbed as the Sweet Spot!

Just in front of the Crocodile Park, Sweet Spot offers  luscious flavors with unique names such as Mt. Apo Coffee Crush, Mangomazing, Davao Chololoco, Purple Pleasure, Peanut Brittle, Melon Madness, Crazy Monkey Banana, and the new Dragon Fruit (which I usually encounter in FB's Cafe World and Restaurant City! hehe)  But what really caught my attention is the Durian Dynamite!  Why?  'Because that's the flavor we jokingly dubbed as the Crocodile Ice Cream!  Yes folks, Durian Dynamite, Davao's local gem is mixed with another local treasure, the egg of a crocodile!  =D  Perhaps, way back, I won't be as courageous to try new or exotic dishes but I was enlightened with what Travel Time's Susan Calo Medina said in one of her interviews.  She said, on taking exotic food, "I'll try it once.  If I like it, I'll take it again.  If not, then at least I experienced it."

The rest of the flavors though do not use crocodile eggs.   While the rest are enjoying their ice creams, I asked the Sweet Spot staff why is the Durian Dynamite the only flavor using the crocodile egg.  He said that the the one with crocodile egg is a little more pricey.   All the flavors are priced at PhP 35 per scoop but the Crocodile Ice Cream is at PhP 70. Well, I guess we can assume why a crocodile is more expensive than a chicken right?  =D  Anyway, Dino Dizon said that a crocodile egg is 80% egg yolk, which means it has less cholesterol.  And hence, a crocodile egg gives more protein and energy than an ordinary egg!  So there's a premium added into it!  =)

Okay, I guess you've been waiting for my verdict.  My rating, it tastes like ice cream, I did not taste anything "crocodiley" at all.  Well of course, it's Durian flavor, so that's still something rare for a visitor like me.  =)   But sans the smell, I like Durian.  Dino said that it's actually their intention, to let people know that it tastes like any other egg but with the added power and energy.

After the Durian Dynamite, I also tried the Dragon Fruit, and I liked it as well.  It tastes like strawberry and kiwi fruit. 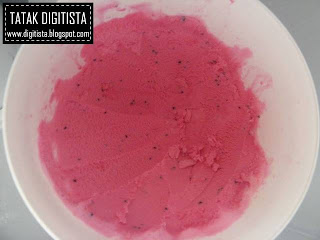 Well, I guess that's the price of being adventurous, the chance to discover new treasures!  =)  So the next time you go to Davao and visit Crocodile Park, try the Durian Dynamite ice cream and judge it yourself.  =) 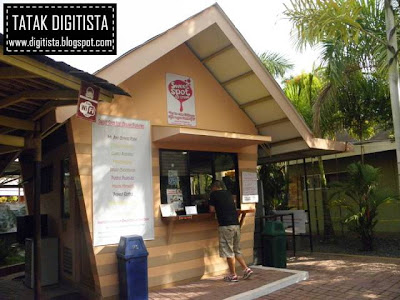 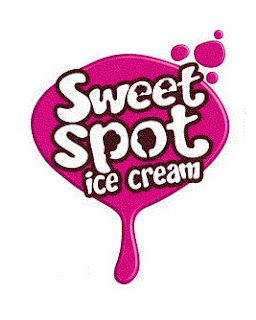 Email ThisBlogThis!Share to TwitterShare to FacebookShare to Pinterest
Labels: Davao