POTATO ON THE GO BULLETIN (TV):

GMA Network is bringing back the well-loved family sitcom Pepito Manaloto to Filipino homes beginning September 16, Sunday night right after Imbestigador. Pepito Manaloto, Ang Tunay na Kuwento is different from the previous season. It is a stand alone show that follows the ordinary life of an ordinary person who was blessed with extraordinary luck. 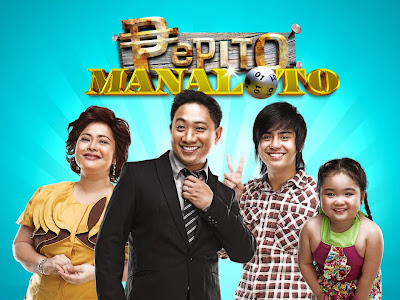 Playing equally important roles are John Feir as Patrick, Ronnie Henares as Tommy, Mosang as Baby, Janna Dominguez as Maria, and Arthur Solinap as Robert. Completing the cast are the new characters who will make the lives of the Manaloto family more interesting - Jessa Zaragoza as Deedee and Nova Villa as Mimi.

Pepito Manaloto and his family's rags to riches experience earned them a TV show, but because they thought it didn't reveal the true story, they had the TV network responsible to scrap it. Instead, they came up with the idea to show exactly what goes on in the Manaloto household by having a camera crew film their lives 24 hours a day, 7 days a week. 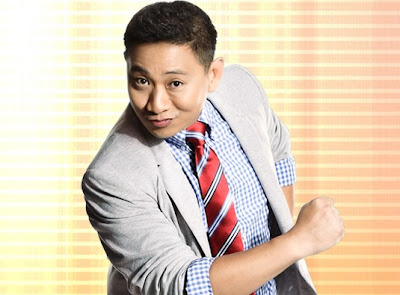 The merry mix of characters of Pepito and his wife Elsa, their children Chito and Clarissa, their house help Patrick, Maria, Robert, Baby, and their neighbors Tommy, plus the mother-daughter tandem of Deedee and Mimi, will bring more color to the life story of Pepito Manaloto. 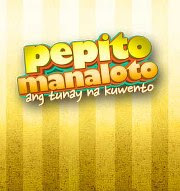 Follow the ordinary yet real life story of Pepito Manaloto as it premieres on September 16 and will air every Sunday right after Imbestigador on GMA Sunday Grande.