Child actor Zaijian Jaranilla who portrayed the role of miraculous boy "Santino" from the hit series May Bukas Pa of ABS-CBN pleads to everyone, candidates and voters alike, to support MDG No. 4 which is to reduce child mortality. 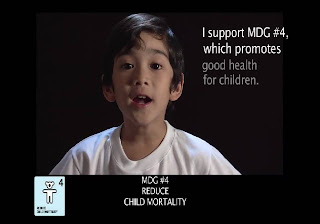 Zaijian Jaranilla on MDG No. 4
Millennium Development Goal No. 4 aims to reduce by two-thirds, between 1990 and 2015, the mortality rate of children, under-five years old. 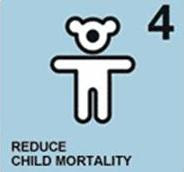