Challenge our leaders to prioritize the eradication of extreme poverty and hunger -- KC Concepcion on MDG No. 1

First of the eight part series of the "I Vote for MDG" campaign is the Millennium Development Goal No. 1 which is to Eradicate extreme poverty and hunger as advocated by movie actress and World Food Programme Ambassador KC Concepcion. 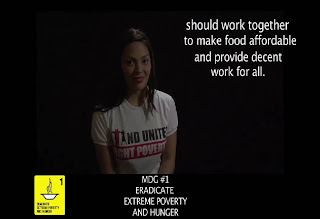 KC Concepcion on MDG No. 1 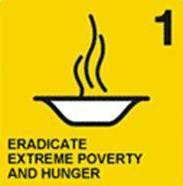 Watch out for Millennium Development Goal no. 2 in the next post of Tatak Digitista (www.digitista.blogspot.com).
Posted by foydi at 9:30 AM