Still undecided (or blinded) on who to vote for? -- Revisiting the Millennium Development Goals

Action & Event-ure:
Eighteen days before the Philippine 2010 Election, I believe there are many people out there who are still undecided (or blinded) on who to vote for.

And to help us make a better decision, let me share with you the the full "I Vote for MDG" campaign which encourages voters to know their candidates in this coming election and support those who will have the Millennium Development Goals (MDGs) as their platform of government.

The UN Millennium Campaign was established by the UN Secretary General in 2002. The Campaign supports citizens' efforts to hold their governments to account for the achievement of the Millennium Development Goals. The MDGs were adopted by 189 world leaders from rich and poor countries as part of the Millennium Declaration which was signed in 2000. These leaders agreed to achieve the Goals by 2015.

How was the Millennium Development Goals conceived and started? 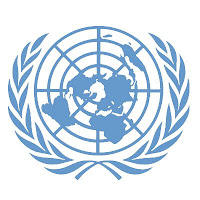 Former United Nations (UN) Secretary-General Kofi Annan convened world leaders in September 2000 for the Millennium Summit in New York. At this historic international gathering at the beginning of the new millennium, 189 member-states of the UN reached a consensus that rich and poor countries alike should work together to achieve peace and security, respect human rights, promote good governance and strive for development, with attention to the needs of the poor, the vulnerable and the children of the world, to whom the future belongs. This was encapsulated in the Millennium Declaration of 2000.