Travel time in THE GREAT GATSBY via its magnificent 3D

In his adaptation, the filmmaker combines his distinctive visual, sonic, and storytelling styles in 3 Dimensions, weaving a Jazz Age cocktail faithful to Fitzgerald’s text and relevant to now. Leonardo DiCaprio stars in the title role.

“The Great Gatsby” follows would-be writer Nick Carraway as he leaves the Midwest and comes to New York City in the spring of 1922, an era of loosening morals, glittering jazz, bootleg kings, and sky-rocketing stocks. Chasing his own American Dream, Nick lands next door to a mysterious, party-giving millionaire, Jay Gatsby, and across the bay from his cousin, Daisy, and her philandering, blue-blooded husband, Tom Buchanan. It is thus that Nick is drawn into the captivating world of the super rich, their illusions, loves and deceits. As Nick bears witness, within and without of the world he inhabits, he pens a tale of impossible love, incorruptible dreams and high-octane tragedy, and holds a mirror to our own modern times and struggles. 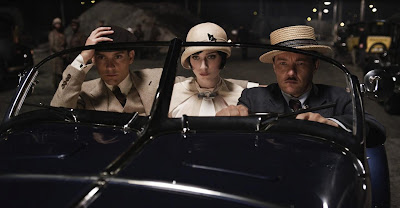 Nick Carraway, the narrator (who, in the novel itself, is writing the story of The Great Gatsby – “Gatsby, the man who gives his name to this book…”), describes his neighbor—the shadowy and seemingly corrupt but ultimately aspirational and inspiring Jay Gatsby—as a man with “some heightened sensitivity to the promises of life…an extraordinary gift for hope…such as I have never found in any other person and which it is not likely I shall ever find again.” For almost a century, the story of that Gatsby, written by F. Scott Fitzgerald between Long Island, New York and St. Raphael, France, about 15 miles from Cannes, and between 1923 and 1924, has moved through time and space, and has found audiences across geographies. 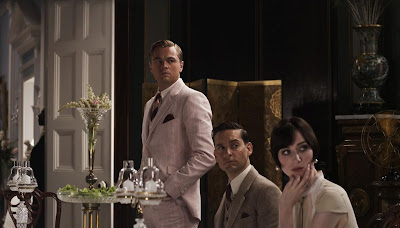 Writer/producer/director Baz Luhrmann first encountered The Great Gatsby on the screen, in 1974, in remote Heron’s Creek, Australia, where his father ran the gas station and, briefly, the cinema.

Cut to 2004. Cold, northern Russia. The clatter of train tracks. The flicker of light through the frosty window. “I had just wrapped ‘Moulin Rouge!’ and was off on ‘a debriefing adventure’ Luhrmann recalls. “Crazily enough, I’d decided to take the Trans-Siberian Express from Beijing, across northern Russia, and then on to Paris to meet my wife and newly born daughter, Lilly.” And it was in Siberia, in a sardine-box of a cabin, that Luhrmann again re-encountered The Great Gatsby, this time as an audio book, one of two he had with him.

"I poured some wine, looked out and saw Siberia racing by, and started listening. It was four o’clock in the morning before I fell asleep,” he recalls. “The next day, I could not wait for night to come, to get back in my little box, pour the second bottle of wine, and listen to the last part. At the end of it I realized three things: One, that I hadn’t really known The Great Gatsby at all; two, that it was structurally really concise; and three, there’s a really great film in it. Of course there’s a huge inherent challenge—the expression of Nick Carraway’s inner life, his inner voice—but it’s an incredibly cinematic book. I thought, ‘I’d like to make this movie one day.’” And so, as the train beat on against the rusty tracks, the first imaginings of Luhrmann’s adaption of The Great Gatsby were born. 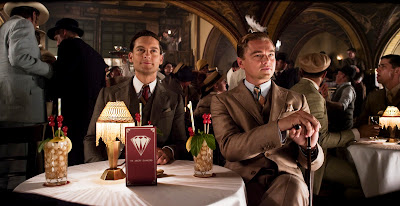 “I think The Great Gatsby feels more relevant now than ever,” producer Douglas Wick offers. “In a time with a glittering but unreliable economy, and a prevalent sense that we have lost our way, Gatsby could have been written yesterday. But it wasn’t. The book takes you to another time and place, a lost world of blinding allure, of extravagant hope and crashing dreams, which we knew Baz, more than anyone imaginable, could deliver for an audience.”

Opening across the Philippines on May 17 in Digital 3D and regular format, “The Great Gatsby” will be distributed by Warner Bros. Pictures, a Warner Bros. Entertainment Company.
Posted by foydi at 9:49 AM