Nigel is about to crash…into the grandest party as Blu, Jewel and friends return in “Rio 2.” 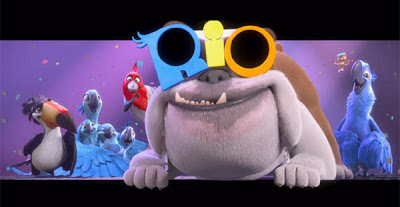 “Rio 2” brings back Blu, Jewel along with their three kids living the perfect domesticated life in that magical city. When free-spirited Jewel thought it best that time is ripe for their chicks to go into the wild – Amazon that is, Blu’s steady world began to shake. As Blu tries to fit in with his new neighbors, he worries he may lose Jewel and the kids to the call of the wild. 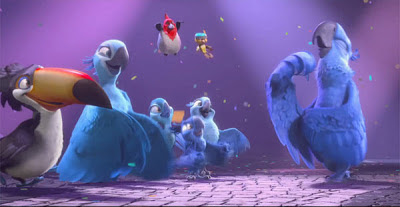 Carlos Saldanha, who was inspired to create “Rio” based upon his experiences growing up in that city, is back as director, as are producers John C. Donkin and Bruce Anderson.