Two-time Academy Award® nominee Will Smith has enjoyed unprecedented success in a career encompassing films, television, and multi-platinum records. For his memorable portrayal of Muhammad Ali in Michael Mann’s “Ali”, he received his first Oscar nomination. That was followed by his second nomination, for his performance in the true-life drama “The Pursuit of Happyness.” 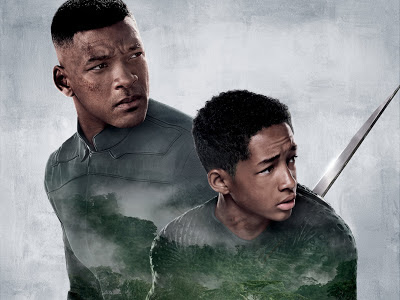 Smith’s extraordinary list of blockbusters includes the most recent “Men In Black 3,” “I Am Legend” and “Hancock.” He also thrilled audiences in such huge hits as “I, Robot,” “Independence Day,” “Men in Black” and “Men in Black II.”

Now, Smith stars as Cypher, a legendary general whose legacy his young, rebellious son is determined to emulate, in Columbia Pictures' futuristic action-thriller, “After Earth.”

In the film, a crash landing leaves teenager Kitai Raige (Jaden Smith) and his legendary father Cypher stranded on Earth, 1,000 years after cataclysmic events forced humanity’s escape. With Cypher critically injured, Kitai must embark on a perilous journey to signal for help, facing uncharted terrain, evolved animal species that now rule the planet, and an unstoppable alien creature that escaped during the crash. Father and son must learn to work together and trust one another if they want any chance of returning home. 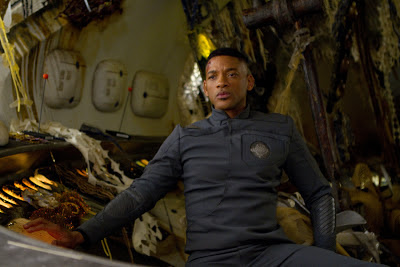 “What I thought was really interesting about this film was that it’s huge in scope, but it comes down to a simple idea that every person in the audience can relate to: it’s a father and son story,” says Will Smith. “I think that’s what audiences will really connect with – seeing the father try to connect with the son, to teach him, with life-or-death consequences.”

The lesson the father must teach his son is to conquer his fear. “Every parent knows when his or her child is lying to them because they’re scared of something,” says Will Smith. “And every parent has a different way of dealing with that. In `After Earth,' we have a father trying to command and control his son from a distance, but at the end of the day, once your child goes out of the house, you’ve taught them all you can – they have to learn the rest on their own. For me, in this movie, the extreme landscape makes these parent-and-child relationships huge, life-threatening.”

“That’s what we really responded to about this story,” says producer Caleeb Pinkett. “It’s exciting – set a thousand years in the future – but the real thing we responded to was that emotional core, the universal idea.”

The father also has to learn to trust the son. “That’s hard for Cypher, but it’s something we all have to do as parents – our children succeed or fail on their own, and all we can do as parents is watch,” says Will Smith. “It’s very much a coming-of-age story for both parent and child.”

Opening across the Philippines on June 5, “After Earth” is distributed by Columbia Pictures, local office of Sony Pictures Releasing International. Visit http://www.columbiapictures.com.ph for trailers, exclusive content and free downloads. Like us at www.Facebook.com/ColumbiaPicturesPH and join our fan contests.