Last year, Manila, The Philippines and Filipinos were on the limelight as it starred in 3 movies: The Campaign (highlighted in the campaign speech), Battleship (mentioned in the battle plan) and Bourne Legacy (where Manila played Manila, the setting of the story).  Now, Manila shines anew as it gets special mention, this time in the main trailer of Warner Bros. Pictures and Legendary Pictures' “Pacific Rim.” 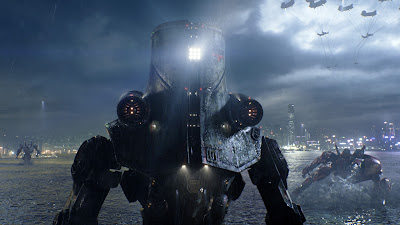 As narrated in the trailer, which can be viewed at


Manila is the second city to be attacked by alien-like sea monsters originating in the Pacific Ocean. Scenes pertaining to the Manila attack are also featured, which are expected to create a sensation when the film opens locally in July.

In “Pacific Rim,” when legions of monstrous creatures, known as Kaiju, started rising from the sea, a war began that would take millions of lives and consume humanity’s resources for years on end. To combat the giant Kaiju, a special type of weapon was devised: massive robots, called Jaegers, which are controlled simultaneously by two pilots whose minds are locked in a neural bridge. 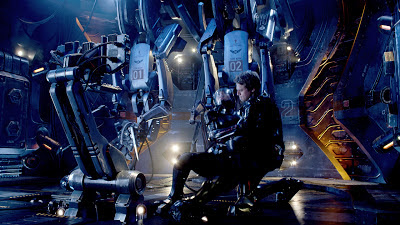 But even the Jaegers are proving nearly defenseless in the face of the relentless Kaiju. On the verge of defeat, the forces defending mankind have no choice but to turn to two unlikely heroes—a washed up former pilot (Charlie Hunnam) and an untested trainee (Rinko Kikuchi)—who are teamed to drive a legendary but seemingly obsolete Jaeger from the past. Together, they stand as mankind’s last hope against the mounting apocalypse.

Opening across the Philippines in July 11 in 3D, 2D and regular theaters, “Pacific Rim” will be distributed by Warner Bros. Pictures, a Warner Bros. Entertainment Company.